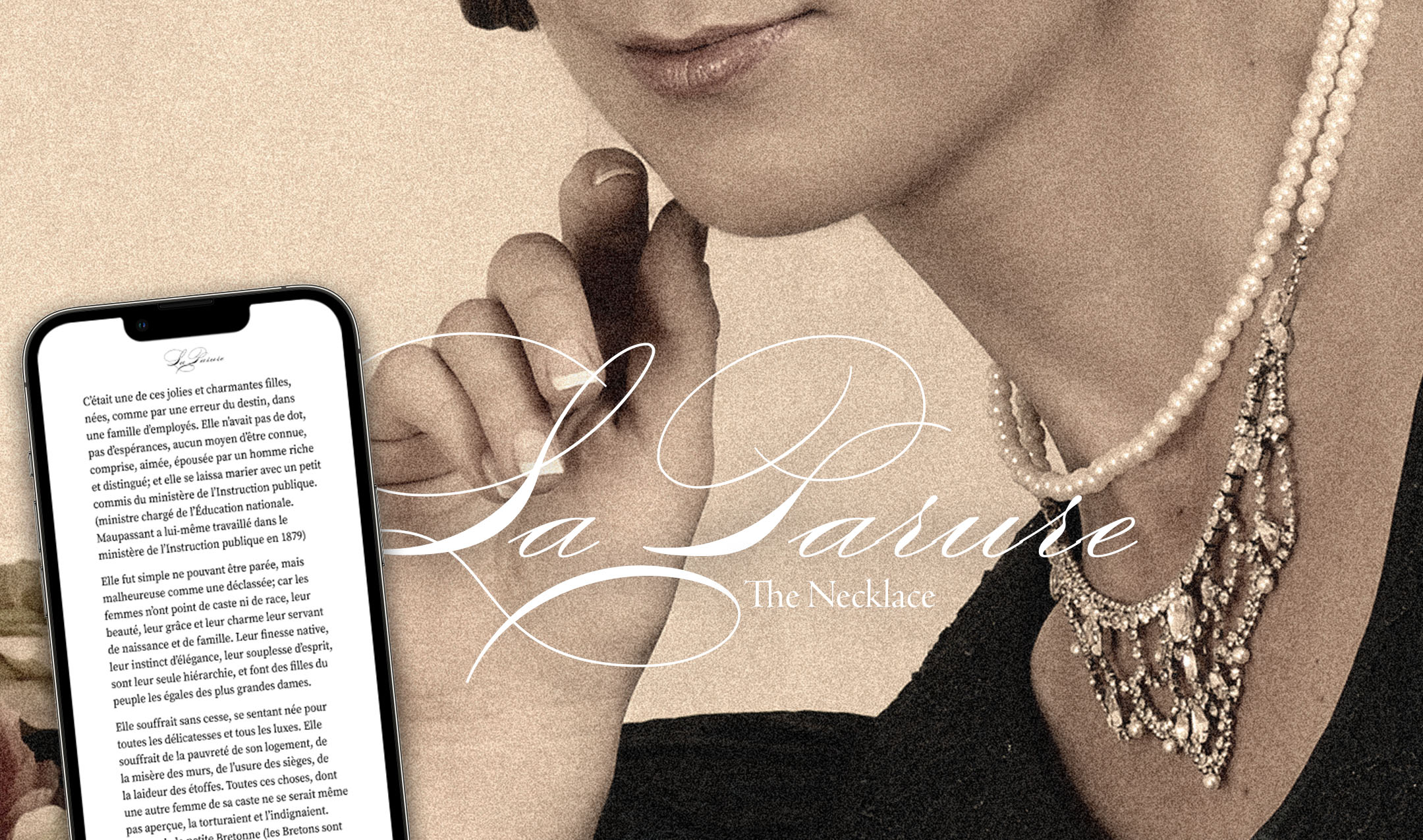 Drawing in part on his own early work experiences, Guy de Maupassant wrote “La Parure” (The Necklace), a short story that ends with the ironic twist for which he was renowned. The piece first appeared in the French newspaper, le Gaulois on February 17, 1884, and was then published as part of a collection of short stories, Contes du Jour et de la Nuit in 1885.

This title is presented in its original language, French. Designed to be phone-friendly, this edition is ready for on-the-go reading.

Henri René Albert Guy de Maupassant (August 5, 1850 – July 6, 1893) was a prolific 19th-century French author, remembered as a master of the short story form. His style was representative of the Naturalist school, which depicted human lives, destinies, and social forces in disillusioned and often pessimistic terms. Born in Normandy, he fought in the Franco-Prussian war of 1870, an experience which served as dark inspiration for many of his titles. He had his first literary success with the publication of his short story “Boule de Suif” in Les Soirées de Médan, a collection of six short stories by different writers of the naturalist tradition. Following this recognition, Maupassant’s writing appeared in a number of magazines and newspapers, such as Le Figaro, Le Gaulois, and l’Echo de Paris. He also published several novels, notably Bel Ami in 1885. In 1877, however, Maupassant contracted syphilis, causing him increasing pain and suffering. As a result, his mental health also deteriorated and he died in a sanitorium in 1893, just short of his 43rd birthday. 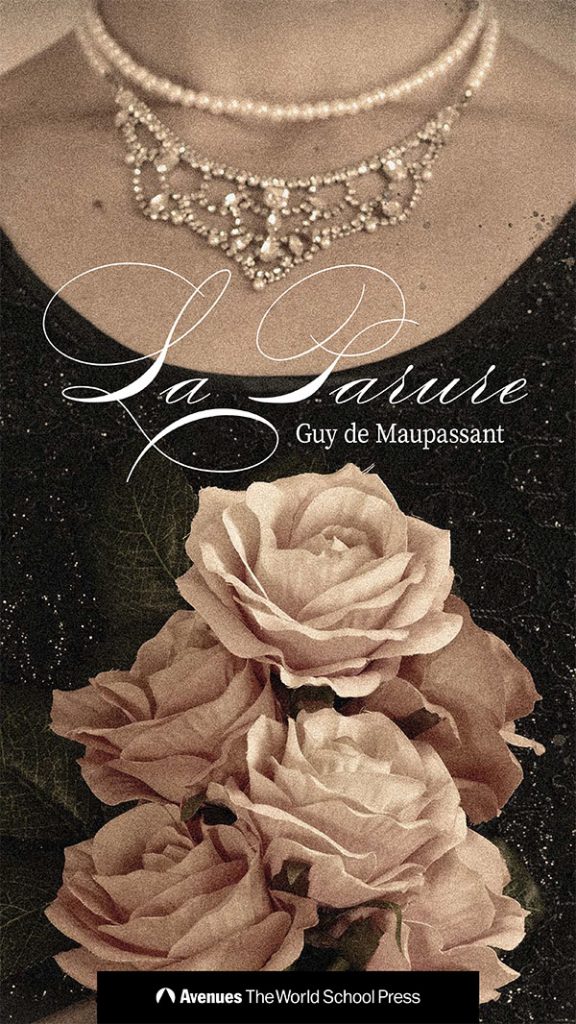