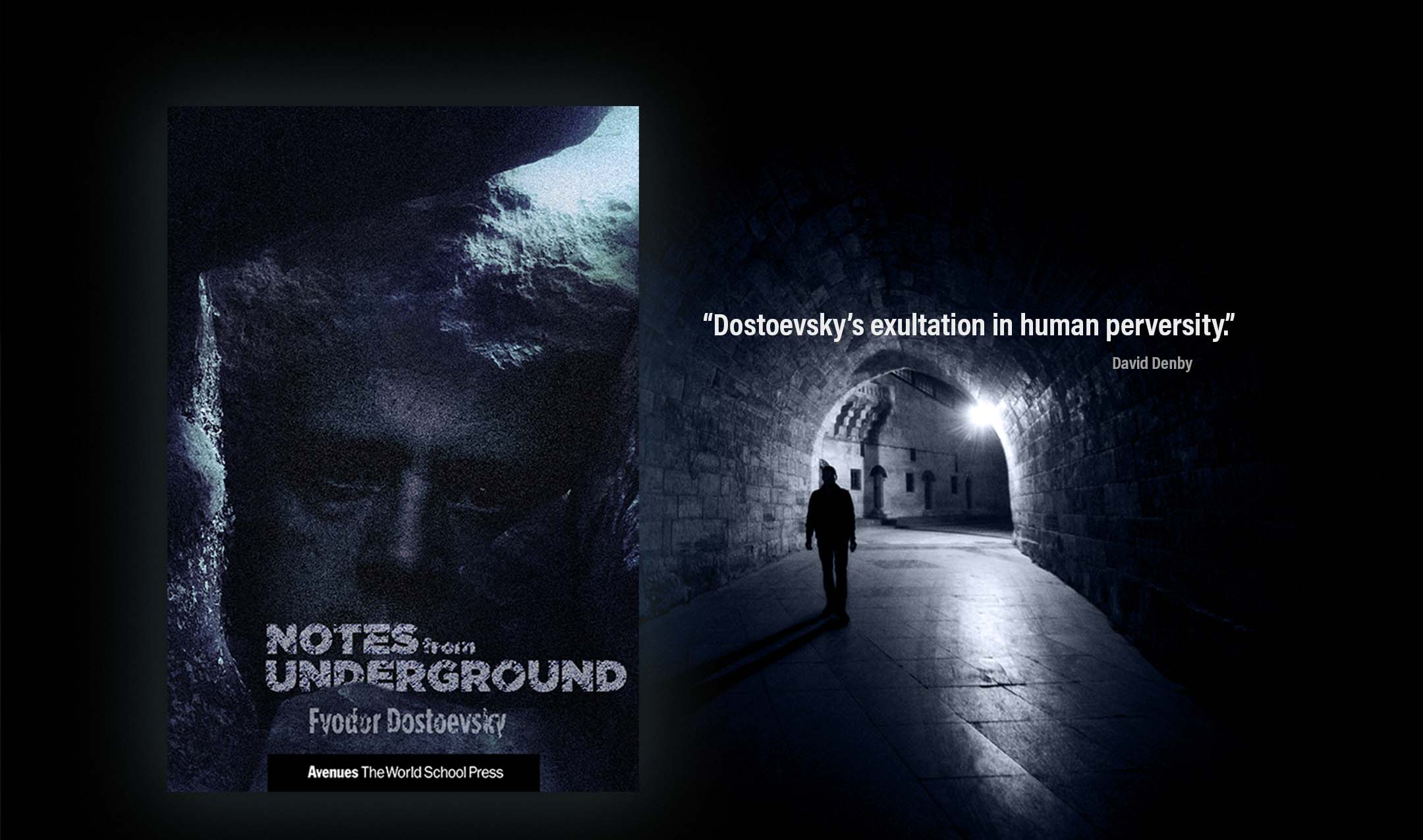 I am a sick man … I am a spiteful man. So begins Fyodor Dostoevsky’s short novel, Notes from Underground. Published in 1864, the novel is considered by many critics to be the forerunner of existentialist thought. Presented as the rantings of a bitter, isolated narrator — referred to by many readers as Underground Man — who is a retired civil servant living in St. Petersburg, the novel explores the ideas of alienation, oppression, and marginalization.

Fyodor Mikhailovich Dostoevsky (11 November 1821 – 9 February 1881) was a Russian novelist, short story writer, essayist, and journalist. Dostoevsky’s literary works explore human psychology in the troubled political, social, and spiritual atmospheres of 19th-century Russia, and engage with a variety of philosophical and religious themes. His most acclaimed novels include Crime and Punishment (1866), The Idiot (1869), Demons (1872), and The Brothers Karamazov (1880). Dostoevsky’s body of works consists of 12 novels, four novellas, 16 short stories, and numerous other works. Many literary critics rate him as one of the greatest novelists in all of world literature, as multiple of his works are considered highly influential masterpieces. His 1864 novella Notes from Underground is considered to be one of the first works of existentialist literature. 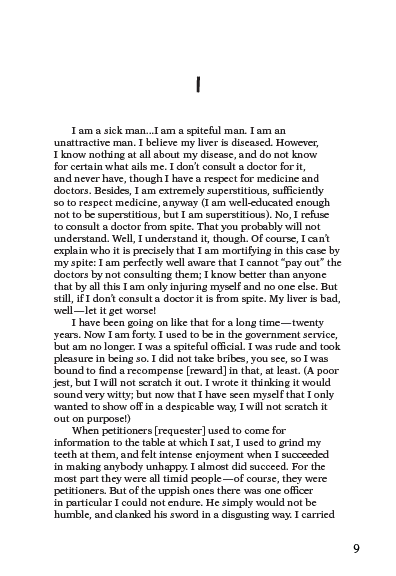