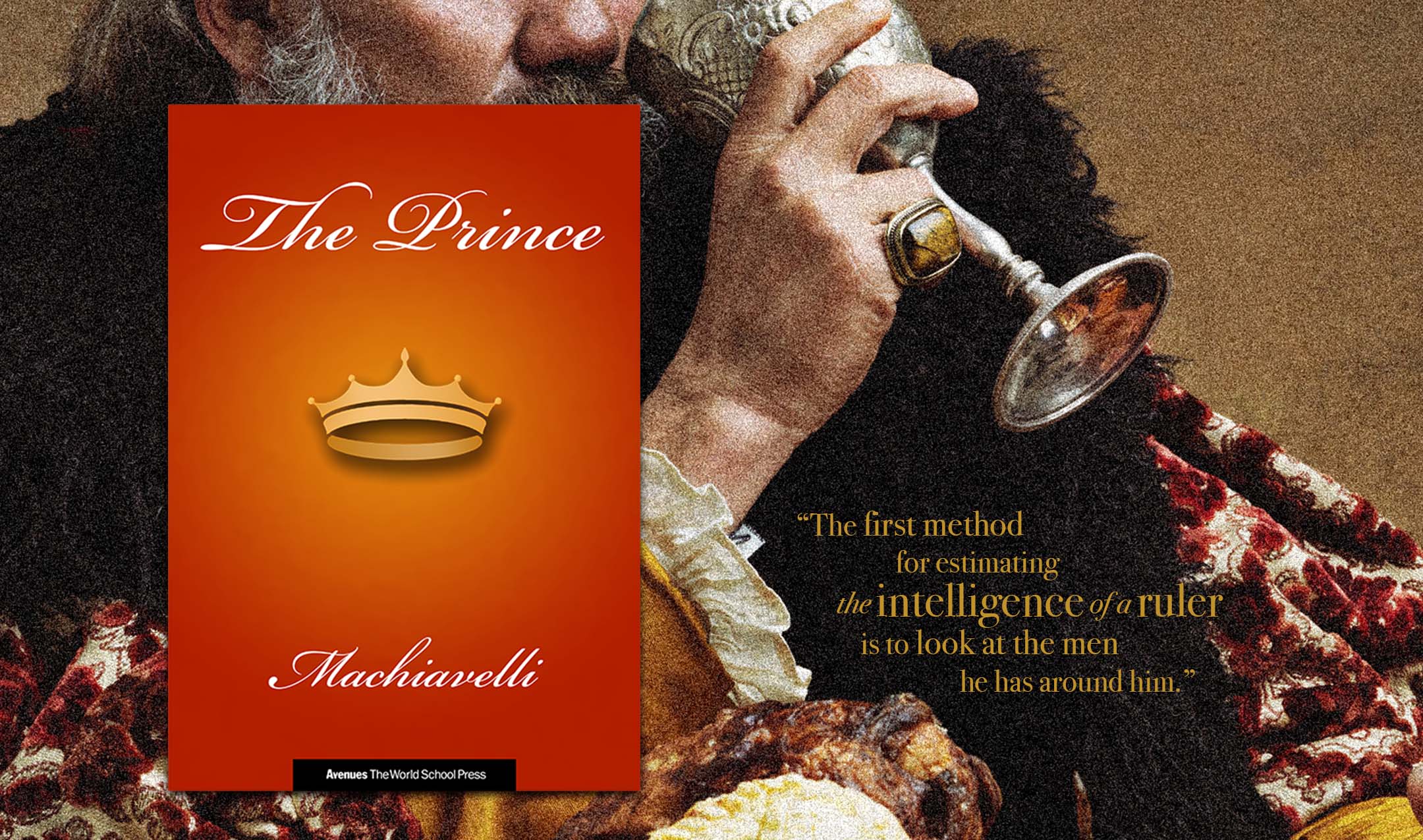 Published in 1532, Niccolò Machiavelli’s treatise, The Prince, is widely regarded as one of the most influential books on politics. In his work, Machiavelli seeks to justify rule by force, suggesting that people need stability above all else. According to Machiavelli, “It must be understood that a prince … cannot observe all of those virtues for which men are reputed good, because it is often necessary to act against mercy, against faith, against humanity, against frankness, against religion, in order to preserve the state.”

Niccolò di Bernardo dei Machiavelli (3 May 1469 – 21 June 1527) was an Italian diplomat, philosopher, and historian who lived during the Renaissance. He is best known for his political treatise The Prince (Il Principe), written about 1513. He has often been called the father of modern political philosophy and political science.

For many years he served as a senior official in the Florentine Republic with responsibilities in diplomatic and military affairs. He wrote comedies, carnival songs, and poetry. His personal correspondence is also important to historians and scholars of Italian correspondence. He worked as secretary to the Second Chancery of the Republic of Florence from 1498 to 1512, when the Medici were out of power.

Machiavelli’s name came to evoke unscrupulous acts of the sort he advised most famously in his work, The Prince. He claimed that his experience and reading of history showed him that politics have always been played with deception, treachery and crime. He also notably said that a ruler who is establishing a kingdom or a republic, and is criticized for his deeds, including violence, should be excused when the intention and the result is beneficial. Machiavelli’s Prince has had a mixed reaction. Some considered it a straightforward description of the evil means used by bad rulers; others read in it evil recommendations to tyrants to help them maintain their power. Even into recent times, some scholars, such as Leo Strauss, have stated that the opinion that Machiavelli was a “teacher of evil” should be taken seriously.

The term Machiavellian often connotes political deceit, deviousness, and realpolitik. Even though Machiavelli has become most famous for his work on principalities, scholars also give attention to the exhortations in his other works of political philosophy. While much less well known than The Prince, the Discourses on Livy (composed c. 1517) is often said to have paved the way of modern republicanism. It has, also, been a significant influence to authors that have attempted to revive classical republicanism, including Hannah Arendt. 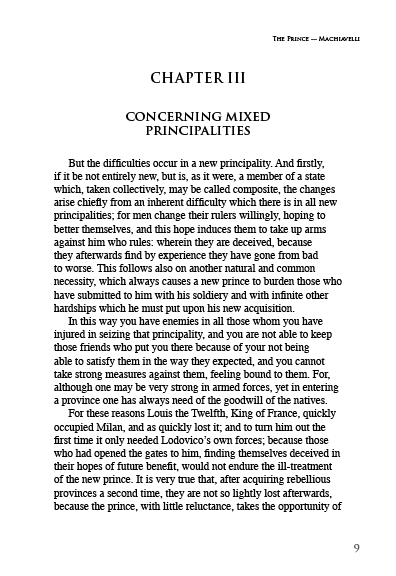