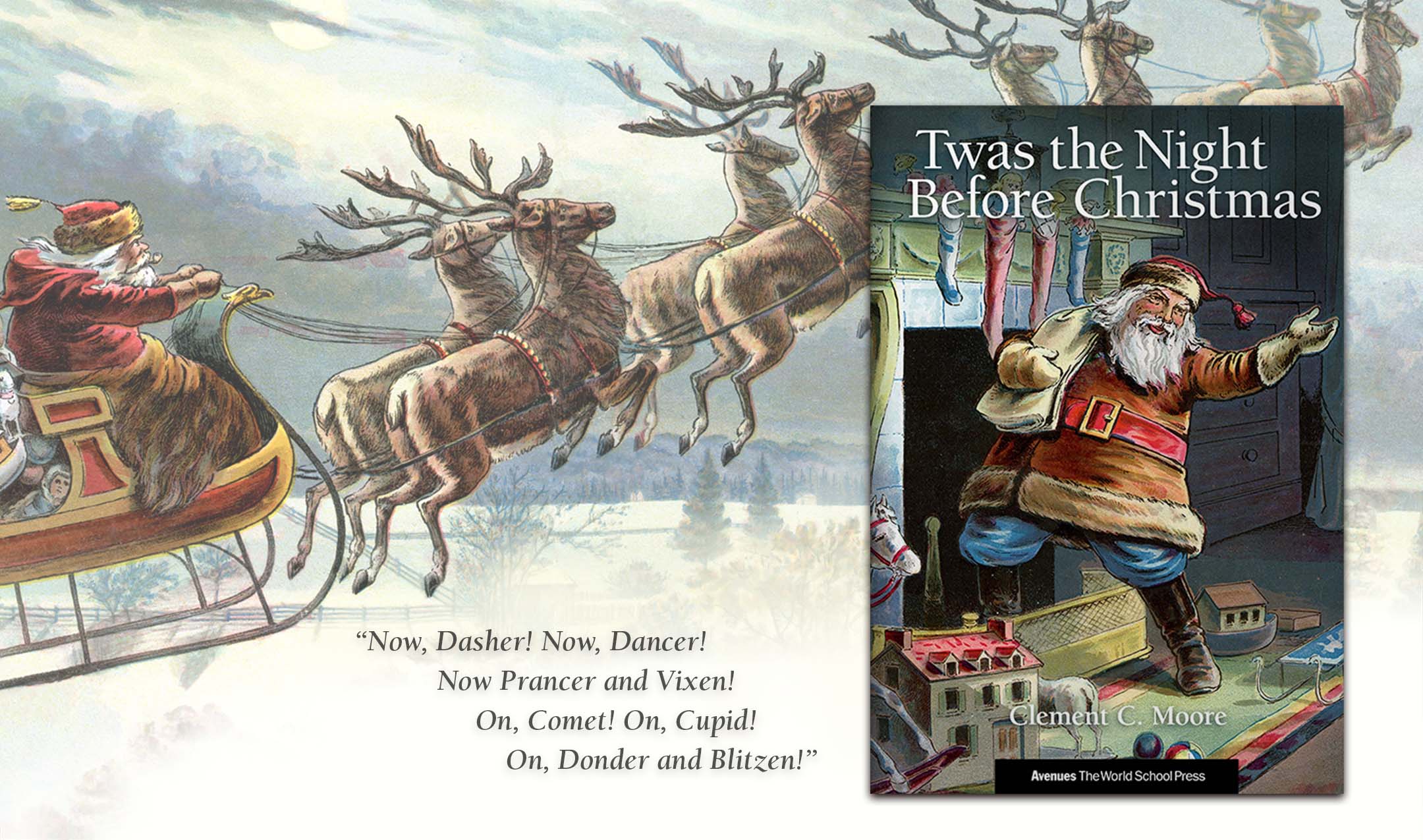 Twas the Night Before Christmas

Twas the Night Before Christmas, also known as “A Visit from St. Nicholas,” was first published in 1823 and defined the modern American conception of Santa Claus. Written by Clement C. Moore, the classic poem evokes the joy and mystery of a visit from Santa Claus on Christmas Eve. Moore was said to have composed it on a snowy winter day during a shopping trip aboard a sleigh — a piece written to amuse his children rather than for publication. His inspiration for the character of Saint Nicholas was a local Dutch handyman as well as the historic Saint Nicholas. Moore originated many of the features that are still associated with Santa Claus today.

Clement Clarke Moore (July 15, 1779 – July 10, 1863) was an American writer and Professor of Oriental and Greek Literature, as well as Divinity and Biblical Learning, at the General Theological Seminary of the Protestant Episcopal Church in New York City. 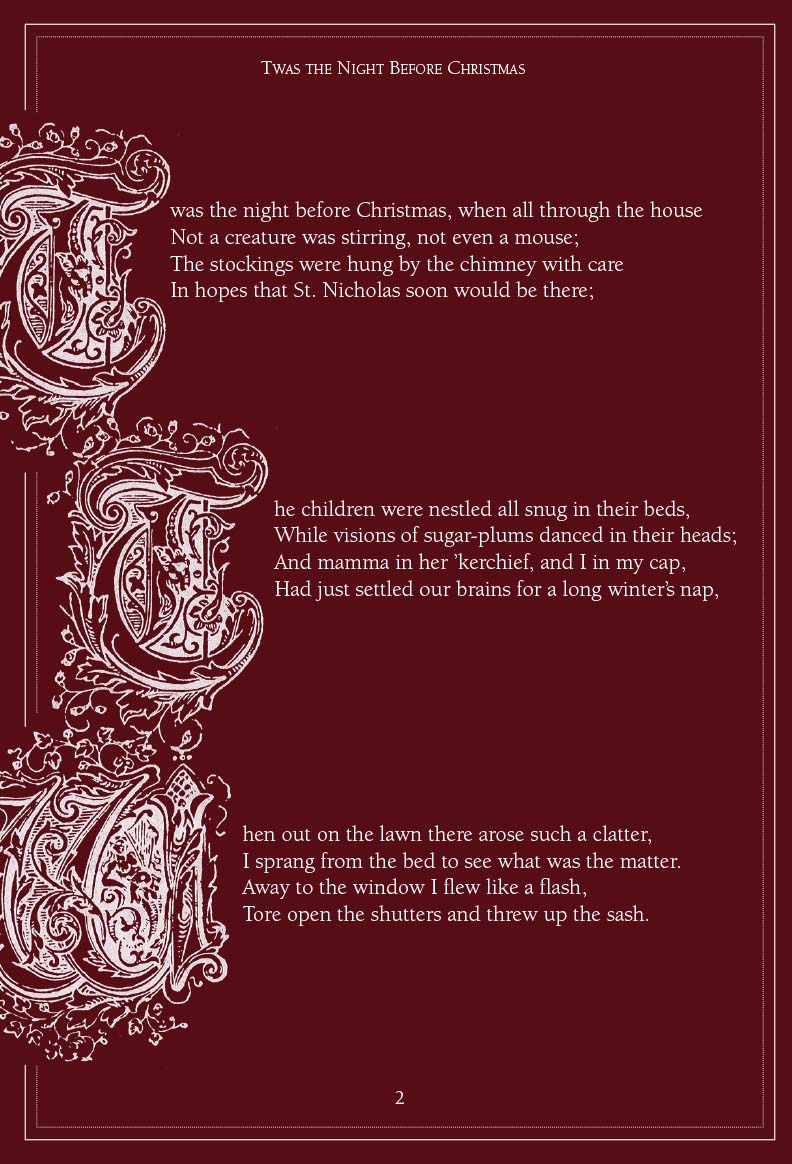